64% of consumers support socially conscious companies, but 28% can’t name those that are

64% of consumers support socially conscious companies, but 28% can’t name those that are 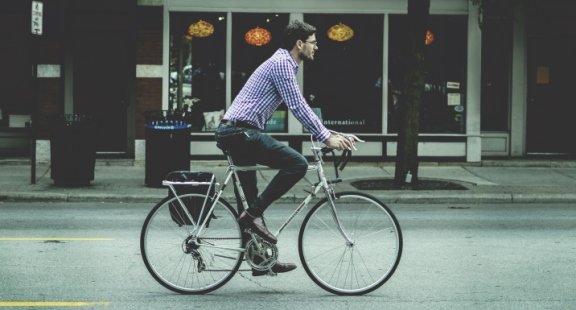 The checkout pad at my local grocery store is making me feel bad. Before it tells me my total, it asks if I want to help stop world hunger. There are only two choices; yes (then I have to add dollars on to my grocery total) or no (the total remains the same). I want a third choice that says, of course but I choose to donate in my own way.

I suppose I should be impressed to see my favorite grocery chain doing what they can to feed the children but I’m not. How do I know they’re going to give my money to a charity? Are they going to match the funds? If not, then they’re just pretending to be socially responsible when what they really are is a corporate collection can.

I have questions and so do a lot of other Americans. Good. Must. Grow. just released their annual Conscious Consumer Spending Index and on the surface it looks good. 64% of consumers surveyed said it was important to buy from socially conscious companies. That’s up from 60% in 2013.

32% said they planned to spend more with socially responsible companies and that’s also up from 2014. The downside is that year-over-year, fewer people followed through with their plans, resulting in no increase at all in self-reported, socially conscious spending.

Here’s the real kicker. In spite of the fact that the majority want to buy responsibly, 28% of respondents couldn’t name a single socially responsible organization. And we’re not just talking about franchises that donate like Toms or Whole Foods. They couldn’t even come up with names like Habitat for Humanity, Goodwill or The Red Cross.

This leads me to believe that a segment of American consumers don’t understand what “socially conscious” means.

Here are the top 20 companies that did make the list: 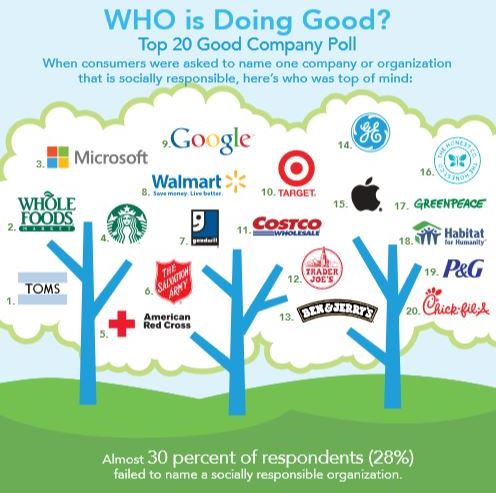 Toms beating out the American Red Cross. That’s the power of advertising.

Where does your company stand on the socially conscious ladder? Are you contributing quietly? Making a huge show of it? Thinking about doing something in the coming year?

Given the results of this report, I wouldn’t rush to set up a charity fund in hopes it will buy you some good will. Such an action might have the opposite affect as it did with me and my grocery store hunger slam.

Your company’s socially conscious actions must be an organic extension of what you already do. Toms is a shoe company that donates shoes to the needy. Whole Foods gives microloans to people in developing nations who produce products for the company to sell. Both worthy causes but you don’t have to cross borders to be socially responsible. To the public, a restaurant that donates food to a local homeless shelter is just as responsible, if not more so.

Once you’ve chosen your path, you have to let consumers know. It might feel self serving to advertise your good works but it’s the only way to get the consumers on board. Americans say they want to buy more responsibly but you have to help them understand what that means.

Heath Shackleford, founder of  Good. Must. Grow. sums it up nicely with this;

“While I think we can be excited to see consistent and continued growth in socially responsible behavior, we have to act with urgency to remove obstacles and speed up our progress. It’s going to take a collective response from conscious companies and conscious consumers to turn this from an evolution into a revolution.”