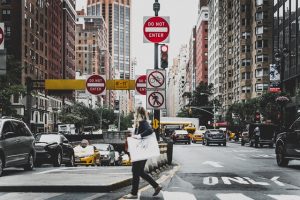 Over the last few years, Airbnb has worked hard to build up its reputation as an economical, immersive and trendy alternative to booking a hotel room when you travel.

Instead of staying in a corporatized hotel or getting chummy with your neighbors at a traditional bed and breakfast, Airbnb (the ‘bnb’ is a reference to the original bed and breakfast concept) lets you stay in someone’s home without that someone around to crowd you.

But as popular as the service is, the company has had to navigate more than its share of bumps in the road and it’s beginning to impact their reputation – particularly in New York City.

From the beginning, Airbnb has had to fight two fights; the hotels that don’t like losing their customers to an alternative business model, and residents who don’t like the steady stream of strangers moving in temporarily next-door.

Thanks to a push from both of these factions, Gov. Cuomo of New York just signed a bill that is hitting Airbnb harder than its ever been hit before. As of Nov 1, any person who offers to rent their living space for less than 30 days will be subject to a fine of up to $7,500.  Sounds harsh, but here’s an interesting fact; actually renting out your apartment to someone for less than 30 days has been illegal in New York City since 2010.

Illegal – and yet Airbnb still has 1,000’s of available listings in the city. A few weeks ago, Mr. and Mrs. Sacks booked one of those listings. They paid out $2,000 for a ten night stay (quite cheap for NY) and arrived thinking their accommodations were all taken care of.

24 hours later, they were given the boot after a neighbor complained and threatened to call the cops. The owner of the unit blamed the Sacks, saying he’d warned them to be “discreet”.

The couple called Airbnb to complain and the response they received was in keeping with the company’s good reputation. They were offered a full refund and accommodations at another Airbnb or a local hotel. If they chose the hotel (they did, for obvious reasons), they would be “reimbursed for up to $150 a night”.

At this point, it sounds like Airbnb did everything they should to keep the customer happy and protect their own reputation. One problem, you can’t buy a decent hotel room in New York for $150 a night. In fact, the couple had to pay $809 for the first night at a Holiday Inn and $249 a night for the next 9 nights.

Luckily, the couple had the funds to cover the trip, but it’s not every traveler who has an extra $2,000 in his pocket while on holiday.

The story hit the papers with headlines that included the words “horror”, “nightmare” and “cautionary tale” along with the name “Airbnb”. Even if you accept the fact that things go wrong – especially when you’re dealing with a collection of independent landlords – there’s still the matter of rentals being illegal in the city. Airbnb knew this but didn’t take any steps to shut down the offending listings. They allowed customers to walk into a bad situation. Their excuse? That they’re just a web host? That they’re no more liable for illegal listings than Craigslist is if someone lists a stolen car for sale?

Legally, that may be true but it doesn’t matter to the general public. We expect the companies we do business with to be experts in their field. We don’t see Airbnb as blameless third party. They’re the overseers. They’re the matchmakers. They’re responsible for steering us in the right – or in this case – the wrong direction.

That means, they’re also responsible to make things right when a booking goes wrong. A refund is a good start, but if they want to protect their reputation, that have to do more than make the customer whole again. They have to offer enough to cover the emotional stress as well as in the full cost of switching accommodations. There are cities in the US where $150 will buy a nice room, New York isn’t one of them.

To be clear, we’re not talking about Airbnb’s legal responsibility here. That’s still up for debate and they’re already in talks with the city to find a “compromise”  in regard to the new law. All we’re discussing here is the impact unhappy customers can have on a company’s reputation. Especially high profile customers who decide to tell their horror story, not just to friends and family, but to the press.