DOJ accuses Apple of protecting its reputation not user privacy

DOJ accuses Apple of protecting its reputation not user privacy

The battle going on between Apple and the United States Department of Justice that started over the locked iPhone belonging to the deceased terrorist in the San Bernardino shootings is getting a lot of attention lately.  Though Apple did comply and unlock the phone, they refused to program a backdoor into iOS that would allow government access to password protected Apple devices. 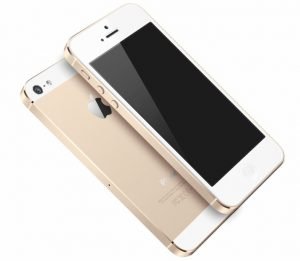 Though they’ve been sparring back and forth, the Justice Department has issued the most recent jab, saying that Apple’s refusal to comply with their requests to unlock as many as a dozen more iPhones throughout the country is a “reputation and marketing strategy,” and that they’re using the press to garner user support.  Apple continues to refuse, citing user privacy as their main reason for denying the government’s request.

What’s Apple’s take on the situation?  Not favorable. Apple CEO Tim Cook wrote in a letter that government statements about how “this tool could only be used once, on one phone” were “simply not true,” and that “once created, the technique could be used over and over again, on any number of devices… The government is asking Apple to hack our own users and undermine decades of security advancements.”

Whether it’s intentional or not, the DOJ is right about one thing, Apple is seeing the marketing and reputation benefits from this.  Why?  Most likely, because users are seeing the big corporation stand up for the little guy, and they like feeling like someone is going to bat for them.  Especially in a situation where it would be much easier, and far less expensive, for Apple to just quietly comply with the Department of Justice’s requests.

In previous cases, Apple has provided access to devices for court cases.  However, the newest releases of iOS have stronger encryption, and Apple no longer stores the data. Because of this, Apple cannot access data on updated devices without putting the security of their users at risk.

While there has been a lot of discussion about the case, not all of it has been positive. Some citizens do think that Apple should hand over any data requested if it would help catch the bad guys.  After all, if you’re not doing anything wrong, what do you have to hide?  Unfortunately, that’s a hard line to draw when you’re discussing violating people’s privacy.  Many do not trust the government with that level of responsibility, especially when it comes to the personal information that they’re storing on their phones.

Though there has been much debate about which side is right, it seems that most people respect Apple’s stand to protect the privacy of their users.  Whether they’re doing this for a positive spin on their reputation or not, it appears as though they’re getting it.

What do you think?