Your customers love and trust you: April Fool’s!

Your customers love and trust you: April Fool’s! 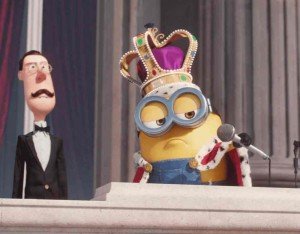 April Fool’s Day is a made-up holiday specifically created to make people feel cheated or stupid. So why wouldn’t your brand want to participate in this ridiculous roundup?

Here’s why; because in order to succeed, you have to lie to consumers to the point where they’re convinced that the grand idea you’re handing them is true. Once they realize it’s not true, they feel foolish (April Fool’s, after all) and they’re going to hold that against you.

They may think that they’re good sports and they’ll be able to laugh it off, but deep down, they’ll always feel a little apprehension and distrust for any company that made them feel bad, even if it was just a joke.

And yet, there doesn’t seem to be a brand on the planet that can resist the allure of a well-executed April Fool’s Day prank.

IGN had the father of all April Fool’s pranks – a very real looking, very sought-after trailer for a “new” Star Wars live action series on Netflix.

Since not everyone consults a calendar before watching videos on the net, quite a few people thought it was real and got their hopes up. Some even shared it with others, perpetuating the lie. When it was revealed to be an April Fool’s joke, Star Wars fans gave IGN the thumbs down, many using words you wouldn’t want to repeat in public. It didn’t help that IGN posted a video of a sobbing 6-year-old who didn’t like being fooled any more than the rest of us.

Here’s the thing about April Fool’s Day pranks – they should be funny, not soul crushing.

American Eagle got themselves in trouble with an April Fool’s joke that might not have been a joke after all. The company recently launched a campaign called “Aerie Man” which featured images of all kinds of men in their underwear. The social media denizen quickly skewered the clothing company, saying that male body shaming wasn’t cool. They got angrier when they realized it was an April Fool’s joke but then American Eagle responded with this:

Some aspects of #AerieMAN were just for laughs, but we take body positivity VERY seriously: https://t.co/FHqswrlLg9 pic.twitter.com/lXPuX6whPg

Of course, they chose to use a photo of two, good-looking models instead of the less-than-fit figures from the Aerie Man campaign.

Since then, American Eagle has updated their statement, telling Refinery29 that the campaign wasn’t actually an April Fool’s Day prank at all but rather “an awareness-raising hoax used to draw attention to their commitment to no longer retouch male models.” An awareness-raising hoax? Now, they’re just making stuff up.

The final misstep mention goes to Google and the Minion Mic Drop. With the click of a button, Gmail users could end annoying email conversations with a Gif of the Minion queen dropping a mic. The message: “I got the last word and I’m done with you.”

After sending the Gif, any future messages from the recipient went straight into the archive box. “Everyone will get your message, but that’s the last you’ll ever hear about it. Yes, even if folks try to respond, you won’t see it.”

Not very funny to begin with, but Google made it worse by placing the Mic Drop button too close to the send button. You can guess what happened after that. The worst incidents appear to be a funeral home who accidentally sent a Mic Drop Gif to a family who had just lost their daughter. And a writer says he lost a job because the auto archiving action hid the return email he needed to make edits and meet his deadline.

Google removed the button soon after implementing it saying:

We heard feedback that some of you were negatively impacted by this feature, so we quickly turned it off late last night. In addition, we are working to bring back Mic-Dropped messages that had subsequent replies to your inbox, so you can read those. We realize many of you use Gmail for very important messages, and we are sorry if Mic Drop was in any way harmful to you.

. . . We should have asked you before turning on the feature, and it should have included a confirmation before sending.

If they had asked first, it wouldn’t have been much of an April Fool’s Day prank, would it?

Maybe it’s time we all decided to give up this April foolishness. Sure, you might hit it big with a joke that goes viral, but is that really going to help your overall brand image or bring in more customers? Why risk offending your loyal followers? Next year, just duck and cover and wait for the calendar to flip over to April 2.