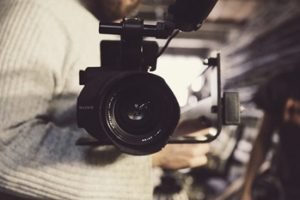 You’re in a meeting with an employee and it’s not going well. The discussion soon becomes an argument, your temper gets the best of you and you say something you shouldn’t. You apologize later and thank your lucky stars that no one else was in the room to hear your unkind remarks. Bullet dodged.

A day later, you’re forced to listen while the head of Human Resources plays back a recording of the entire conversation. A recording the employee made with his phone without your knowledge.

That can’t be legal. Can it?

Whole Foods recently went up against The National Labor Relations Board to defend their company wide ban on recordings in the workplace and it didn’t end well for the healthy grocery chain.

The NLRB took Whole Foods to task for a policy that was so all inclusive it violated the rights of employees.

The Board held: “[p]hotography and audio or video recording in the workplace, as well as the posting of photographs and recordings on social media, are protected by Section 7 if employees are acting in concert for their mutual aid and protection and no overriding employer interest is present.”

Examples include photographing or making a video of dangerous working conditions, making an audio recording of improper advances from another employee, or collecting any type of audio or video evidence that could be used in a legal case against the employer.

Whole Foods insisted that they weren’t trying to stop employees from protecting themselves with the ban. On the contrary, they felt that the ban would “eliminate a chilling effect on the expression of views that may exist when one person is concerned that his or her conversation with another is being secretly recorded.”

The NLRB didn’t buy it. What they did buy was the plea by Flagstaff Medical Center. In their case, the total ban on recording was allowed in the interest of patient privacy.

Whole Foods is appealing the decision but for the moment The National Labor Relations Board ruling stands as a guideline for all of us.

Unless a recording reveals trade secrets, violates customer or client privacy or leads to insider trading, it’s legal and the filmmaker can’t be fired for making or sharing the recording.

There is one other set of circumstances that might save you. If you conduct business in a state that requires both parties to be aware of a recording, then you can legally stop an employee from making a recording in secret. (Click here for a list of two-party consent states.)

Knowing that our work conversations could turn up on YouTube at any time is a frightening thought, but banning all recordings in the workplace isn’t the answer. The best way to avoid public embarrassment? Try not to misbehave in the workplace, in the first place.