On the heels of a controversial decision, Cannes reputation falls flat

On the heels of a controversial decision, Cannes reputation falls flat

You’ve heard of “no shoes, no service”? Rumor has it that Cannes Film Festival organizers have taken that common phrase to the next level with their “no heels, no admittance” policy.

Screen Daily broke the news early on Tuesday and by Tuesday afternoon, every major media outlet had jumped on the story. After all, this isn’t just about fashion; denying access to women who can’t wear heels for medical or physical reasons is discrimination. And what about the men? They’re not required to wear heels, so how can women be forced to wear a particular type of shoe? 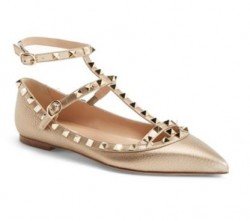 Obviously, the film festival rule was put in place to protect the integrity of the proceedings. It’s a red-carpet, black tie affair, so proper attire is required. But this $995 pair of Valentino flats doesn’t make the cut? Wow.

Screen Daily says a source confirmed the rumor but organizer Theirry Fremaux sort of denied it via Twitter. 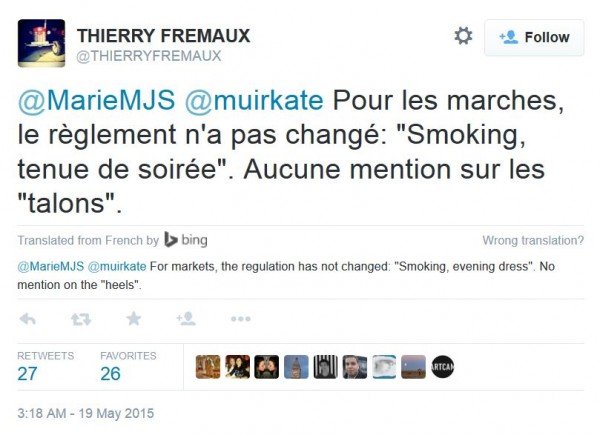 First, let me say how much I love that “heels” is les talons in French. Second, notice that his profile picture is a tractor. And he’s calling out women for how they dress?

At this point, you’re probably thinking that this whole mess was started by a jilted actress who wasn’t invited to the ball but it doesn’t matter. True, false; one person turned away or a dozen, Cannes organizers are sporting a black eye and by proxy so is the elegant event.

That’s the trouble with a story that goes viral. Truth no longer matters. It’s the perception that counts. If we believe Mssr. Fremaux, then perhaps this was a case of a single security guard over interpreting the dress code. But if that’s true, then Cannes should be apologizing and that man should be looking for work. Festival organizers may not be happy with the relaxed fashion standards of 2015 but there’s never a good excuse for insulting your customers or your guests. (They’d run screaming if they spent a minute in the board rooms of Silicon Valley.)

Then again, this is the same man who, back in 2012 was under fire for not including more women directors at Cannes. So there is a history of controversy here.

The moral of this story is that times change and companies have to change too, if they want to remain unscathed and relevant. Cannes can say it’s all about the art but what happens there has an enormous financial impact on the international film industry. Because of that, the board needs to do all it can to protect the reputation of the event and a woman in glittery flats is a lot less upsetting than a public outcry over sexist behavior.

All of this reminds me of a famous quote about dancer and actor Fred Astaire. “Sure he was great, but don’t forget Ginger Rogers did everything he did backwards…and in high heels!”