When your entire industry gets a reputation black eye

When your entire industry gets a reputation black eye 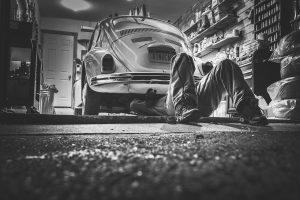 When the world found out that Volkswagen had been cheating on emissions tests, it was a severe blow to their otherwise stellar reputation. It was a particularly difficult blow because unlike the scandalous behavior of a careless CEO, this error in judgement undercut customer trust. Consumers will quickly forget an inappropriate tweet from an overworked, underpaid employee (especially if that employee is on the unemployment line the next day) but people don’t bounce back as easily when they’ve been lied to.

Learning of Volkswagen’s emission omissions is like finding out that Diet Coke has just as many calories as regular Coke. Not only do you feel duped but you start thinking back over every single sip. . .every calorie that could have been better spent on a chocolate bar. . . every time you went out of your way to get a Diet over a regular specifically to avoid taking in too many calories. And now to find out it was all a con?

Remember, reputation is about perception not reality. It doesn’t matter if a company never intended to deceive anyone, to a loyal customer, it’s still going to feel like a con.

Volkswagen is dealing with it. They’ve fired the people responsible. They’ve made their public apologies and they’re doing all they can to fix the problem so it doesn’t happen again. That’s all good. But trust is a funny thing; once we feel duped, we become hyper-conscious. We start looking around, wondering who else might be telling us lies. If one car manufacturer is lying, maybe they’re all lying.

Volkswagen is the one with the problem, but when that news story broke, every company in the auto industry took a reputation hit.

If you make, sell or repair cars, your first instinct is to set yourself apart from the troubled VW. Take out an ad in the paper that says, we’d never lie to you. Promise.

Hold that thought. Marketing on the back of someone else’s mistake could make you look worse.

The first thing you need to do is make sure your own house is in order. Imagine if you set yourself up as the better man only to find that your own company isn’t meeting standards.

Whatever business you’re in, think of Volkswagen as the warning bell. Now is the time to double check all of your claims, your reports, your processes and people. Check if weights match the weight on the box, ingredients match what’s really going into the product, and that safety standards are being followed to the letter. It’s a lot of work and it’s a pain, but it’s better done now than after an inspector or journalist shows up at your door.

Once you’re sure you’re in good shape, prepare a campaign that addresses the points in the news. In this case, car manufacturers should put together their own emissions deck that car dealers can offer to a potential customer. With this VW story in the news, you can bet that car buyers are going to be asking for that information for the next six months.

Next, gauge the temperature of consumers by monitoring social media and customer service calls. Is your company name getting dragged into another company’s problems? Are people asking for more transparency? Are they putting off buying until they feel more comfortable? If the response is escalating in a negative way, you may have no choice but to make a carefully worded statement to regain consumer trust.

It may not be fair to condemn all on the actions of one but it’s human nature. One fast food restaurant makes the news and sales drop all over the country. There’s nothing you can do to stop your competitors from screwing up. What you can do is always make sure your own reputation is solid so their problem doesn’t become your problem when they make the front page in a very big, very bad way.