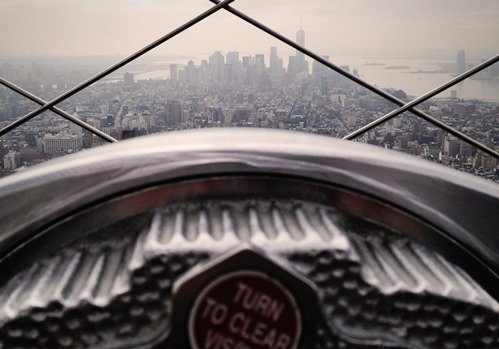 A celebrity CEO can be both a blessing and a curse. A friendly but capable public persona instills confidence in consumers, investors and partners. But when a CEO’s personal remarks and activities rub consumers the wrong way, its often the company that takes the heavy hit.

According to a new Weber Shandwick study entitled “The CEO Reputation Premium: Gaining Advantage in the Engagement Era,” 88% of senior executives said that for a company to be highly regarded, it must have a visible and respected CEO.

Understandable, but it goes deeper than that:

That’s a lot of weight for one person to bear, especially when you know the world is watching and listening, just waiting for a slip-up. Maybe this is why the majority of today’s CEOs practice humility instead of acting like celebrities.

Weber Shandwick found that this was a record year for media coverage of humble CEOs. You’d think that a self-effacing fellow would be perceived as a weak leader, but the opposite is true.

The study found that modest CEOs were often described as being open and accessible, good communicators and award winners.

So what does a humble CEO do when things go bad? He makes a public apology, of course. Only 26% of those surveyed said they think CEO apologies are rarely genuine and 49% said that apologies are overused. What everyone concerned really wants is decisive action. Don’t talk about. Fix it.

There are times when responding on social media seems akin to playing with a loaded gun. A quick Twitter response in the heat of the moment can haunt a CEO forever. An embarrassing Facebook photo that was supposed to be private can end up on the front page of the New York Times. That’s why 4 out of 10 executives said they think it’s inappropriate for CEO’s to post.

The truth is, there’s more good than harm being done. Highly regarded CEO’s are three times as likely to post on social media and they tend to post more often than the average CEO. They’re seen as better leaders with a clear vision; as people who care about their employees; and they’re seen as more honest and ethical than non-social CEOs (57% to 33%)

Only 55% of executives with social CEO’s follow their bosses’ accounts.

To stay out of trouble, CEO’s simply need to remember that to the public their personal beliefs are synonymous with their company’s beliefs. And no, putting a “my thoughts are my own” disclaimer in your Twitter bio won’t save you.

The one upside to all of this is that it works both ways. A CEO slip can sink a ship, but when the CEO does something to bolster his personal reputation that’s points for his company, too.