Chipotle sued again! Its reputation continues to be less than picture-perfect

Chipotle sued again! Its reputation continues to be less than picture-perfect 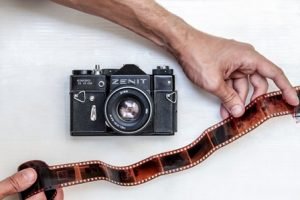 Fast casual food chain Chipotle is taking another sharp hit to the old reputation, but this time it’s not about food or wages.

Leah Caldwell is suing the chain because she says they’ve been using a photo of her for marketing without her permission. To make matters worse, the photo in question has been altered to make it appear as if Ms. Caldwell was sipping a beer with her burrito and she’s not happy about it.

The photo was taken more than ten years ago, but Ms. Caldwell says she remembers exactly how it went down. She was eating. The photographer took her picture. Then he asked her to sign a release. She refused. After that it gets muddy.

At some point after the fact, the photographer turned the photo over to Chipotle (presumably as part of a large batch). The company altered the photo for use in an advertisement, then blew it the photo and hung it on the walls of several different franchise locations.

In 2014, Ms Caldwell happened to visit one of these franchises (incredibly, 3,000 miles away from the one where she was originally photographed) and recognized herself on the wall.

Once she got over the surprise, she decided to sue for what she considered to be a fair price for the use of her image – $2 billion dollars or Chipotle’s entire net income from 2006 through 2015.

There’s no question that using someone’s likeness without a release is against the law. The question in this case is who exactly broke the law? Who was responsible to make sure all of the i’s were dotted and the t’s were crossed?

The photographer asked for a release, so he knew he needed one. When he didn’t get it, did he intentionally ignore the fact or was it an accident. It’s hard to imagine that that one image was so special he’d risk his career to use it. It’s more likely that it was added to the pile or that someone else chose it from the roll of film.

After the photographer, comes the designer who created the advertisement. Did he or should he have asked to see the release?

Next we have the advertising execs who had to sign off on the ad. Should they have asked to see the release?

Clearly, each person depended on the due diligence of the one before him. The one person who probably didn’t even see the ad in the first place is the company’s CEO and yet he’s the one named in the suit. Why? Because the buck stops at the top and ultimately, he’s responsible for the actions of those who work for him. (The photographer is also named in the suit.)

In the grand scheme of things, this was a small mistake that wasn’t perpetrated out of maliciousness. But all the public sees is the headline – Chipotle is getting sued, again. It doesn’t matter if they’re guilty, even if they win the case, they’ve lost another battle with the reputation gods.

Today’s takeaway: it’s important to have checks and balances throughout the company so that a small mistake doesn’t turn into a reputation nightmare. Double checking may slow down the process, but a little time lost now beats everything you’re going to lose if you end up in court.