Graduating in June? It’s time to clean up your reputation!

Graduating in June? It’s time to clean up your reputation! 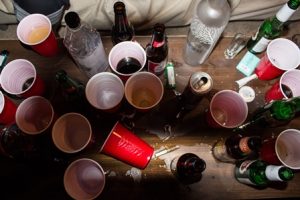 Even if your college experience was more Pitch Perfect than Animal House, chances are you’ve made some embarrassing social media posts in the last four years. There are those frat party videos, pictures of that politically incorrect Halloween costume and let’s not forget the emotional outpouring on Twitter after you were dumped.

When you’re a freshman, the only backlash you’re likely to get for those posts is from your mother. When you’re a graduating senior, those posts could end your career before it’s even begun.

According to a CareerBuilder survey, 60% of employers use social media to research candidates for a job. The percentage is even higher when it’s for a job in IT, sales or finance.

The majority of those surveyed said they didn’t go down the social media path looking for trouble. What they hope to find are posts that demonstrate a candidate’s qualifications or professionalism. But only 32% said they ever hired someone because of what they found on social.

On the other hand, 49% of potential employers said they’ve seen things on social that made them reject a candidate. The biggest issue (46%) is provocative or inappropriate photos, videos and text. A close second were indications of drinking and / or drug use. Discriminatory remarks based on race, religion or gender was only 33% but it’s likely, given the current climate, this will become an even bigger issue in the future.

Other red flags include posts bad-mouthing other companies or employees and generally poor communication skills.

The easiest way to keep potential employers from seeing anything detrimental would be to make all of your accounts private. Easiest maybe, but not the best idea. 41% of employers said they’d be less likely to interview a candidate if they didn’t have a public social media account. I guess they figure the only people who hide behind the privacy curtain are people who have something to hide.

Really, the best way to keep employers from finding errant posts on your social account is not to post them in the first place, but that’s asking a lot so let’s move on to second best. It’s called the delete button. Before you don the cap and gown, delete, delete, delete. Take down every questionable photo, video and remark on Facebook, Twitter and Instagram.

Next, start building a new, professional online image that matches your field of study. For example; if you have a degree in fashion, update your profile and header images, so they reflect your sense of style. If tech is your field, the jeans and t-shirt photo are fine but the 30 posts about your dream trip to an island resort might suggest you’re not ready for the all-in nature of a fast moving startup.

Not sure if you’re sending the right signals? Ask someone who doesn’t know you well to visit your social media accounts then sum up your personality in a sentence or two. Creative and sarcastic might be fine if you’re going into advertising but not if law enforcement is your career of choice.

No one wants to stop you from enjoying the full college experience, but there comes a time when you have to decide what’s more important: sharing that experience on social media or getting the job of your dreams.

In the future, all colleges should teach a course on proper social media maintenance, because it’s not just potential employers who are checking up on you, 41% of employers said they’ll keep on watching those social accounts after you’re hired, too.

Need help cleaning up your reputation? Get a free consultation today!