How to maintain a great company reputation during downsizing & layoffs

How to maintain a great company reputation during downsizing & layoffs 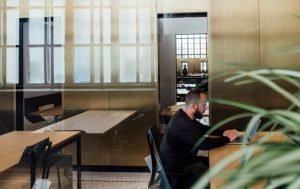 Corporate restructuring. Store closures. Downsizing. Rightsizing due to a merger. It all means the same thing: layoffs.

Layoffs are hard on everybody. Those laid off are stunned and then angry. Those who are left behind feel bad and overwhelmed. Customers also feel betrayed, especially when the layoffs go along with store closures. About the only people who don’t feel the pain of a layoff are the stock holders – they’re always happy to see expenses go down so profits can go up. But even they won’t be happy if the company’s reputation takes a public hit.

Is there any way to ruin people’s lives without looking like a Batman villain? It’s not easy, but you’ve got to try. It all begins with the right voice.

Look at these two examples:

“A necessary component of managing change involves constantly evaluating how we best utilize all of our resources, and that sometimes involves difficult decisions. . . . Dynamic change demands an increased focus on versatility and value, and as a result, we have been engaged in the challenging process of determining the talent. . . necessary to meet those demands.  We will implement changes in our talent lineup this week.  A limited number of other positions will also be affected and a handful of new jobs will be posted to fill various needs.”

“After a lot of analysis and soul searching, we decided to radically simplify our strategy to re-focus on what we love and what our customers value from us: . . . What does this mean for the company? This is the gut-wrenchingly painful part. The hardest part of my job is asking people who have put their hearts and souls into [the company] to part ways. . . . They are a part of the family and it is heartbreaking that they will not be working alongside us in the future.
We will do everything we can to give them the [best] transition possible, including severance, coaching, and assistance finding new roles. Because I know the caliber of folks we’re parting with, I am confident they will go on to do great things.”

In the first example, we’re doing what’s best for the company (not the customers). It’s “necessary” and “difficult” and oh, by the way, after we fire a bunch of people, we’ll be hiring a few more. (huh?)

The second example involves what’s best for the customer, “soul searching”, “heartbreaking”, “family” and assurances that these valued employees will be looked after.

Which one leaves you feeling better about the company behind the layoffs?

The cold response comes from ESPN’s public post regarding their recent and unprecedented layoff of well-known TV personalities and reporters. The second was CEO Sarah Bird of search company Moz.

In both cases, valued employees were cut loose, but Moz’s CEO comes off sounding truly remorseful and that’s all the public wants to hear. Your customers understand that times are tough; they just want to believe that you truly had no other choice.

As for your workers – both the ones being let go and the ones left behind – they want two assurances. They want to know that you’ll make the transition as easy as possible and that the cuts will actually benefit the company and the customers.

In addition to making public promises, it’s important to communicate internally as often and as personally as possible. Don’t leave employees wondering about insurance and severance packages. Have those details ready to hand out as soon as you lower the boom.

The time to think about security and the company’s future reputation is before you hand out the pink slips. Your tech team needs to cut digital ties with laid off employees in a way that both protects the company and yet doesn’t leave the employee feeling like an untrustworthy criminal. Most employees, if treated fairly, won’t take any actions to harm the company, but it’s an emotional time, so you need to be prepared.

Look at the recent case involving Radio Shack where soon-to-be-laid-off workers created a nasty Facebook page maligning the company and the customers. You can’t stop people from speaking out on their own social channels – well, you can try with a clause in their severance package contract but good luck enforcing that – but you can keep them from corrupting the company owned social media channels.

Throughout the layoff process, it’s important to put the best interest of people in front of profits both publicly and privately. Everyone knows that cuts are about reducing overhead so there’s no reason to beat that drum. Talk about the people who are leaving. Talk about how the changes will impact your current customers and talk to your remaining staff about how their work world is going to change, too. Then, after the press has moved on to the next crisis, begin talking about the future.

If you handled yourself well in the midst of it all, the future for you, your company and the people you support will be brighter than ever.