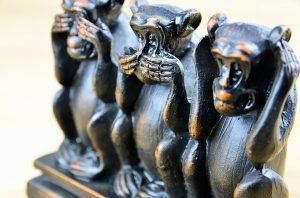 No one likes to be on the receiving end of a negative, online review but what would happen if we banned customer reviews entirely. Then, your competitor could undercut your prices, do an awful job and still steal all of your customers. At least with sites like Yelp and Angie’s List, that charlatan is bound to be exposed sooner or later. Then you can swoop in and be the hero.

Sadly, at the moment, the bad guys have an edge. In every state, except California, companies can include a non-disparagement clause in a contract, baring consumers from posting negative reviews even if what they say is true. That’s right. A contractor can destroy your home, leave you to pay for and clean up the mess, then he can sue you for damages if you complain about him online.

Congressman Leonard Lance (NJ) and Congressman Joe Kennedy (MA) are trying to change that. They’ve introduced a bill “that will allow Americans to exercise their First Amendment rights regarding consumer experiences without fear of retribution.” It’s called The Consumer Review Fairness Act and if that sounds familiar, there’s nothing wrong with your memory.

At the end of 2015, the US Senate passed the Consumer Review Freedom Act, which was basically the same bill. That bill has been stuck in the House ever since. Now, this new bill (with a much better name) is shaking the votes loose.

In 2016 online platforms are where consumers turn to praise or criticize their shopping, eating or traveling experiences. They should be able to do so without harassment from companies eager to protect an image.

If this version of the bill passes, it will give the Federal Trade Commission the right to penalize businesses who insert a “speak no evil” clause into a contract. But the bill will also aid companies in the fight against retaliatory or false reviews.