Did Lenovo choose profit over reputation?

Did Lenovo choose profit over reputation? 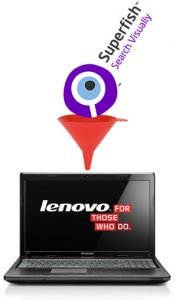 By now, you’ve likely heard about the Superfish software that Lenovo decided to install on all consumer laptops late last year. The adware acts in a way that many say is both malicious and lacks security:

The adware works…by monitoring your web traffic while you’re shopping and then shows you similar products to the images that pop up in your browser. To do this while you’re securely connected to a website with an address beginning with https…Superfish intercepts traffic from the site and makes it searchable by tinkering with the Windows operating system and granting itself the ability to masquerade as any web site on the internet.

In other words, the kind of software you install anti-virus in order to prevent it from ever infecting your computer. So why did Lenovo install such junk on its computers?

While the official statement might try to convince us that Lenovo believed it would enhance the user experience, likely it all came down to money. Software companies such as Superfish generally pay computer manufacturers to install their software as default on new systems. Apparently, Lenovo wasn’t content to just make money off the sale of the hardware.

Unfortunately for the Chinese-owned company, the decision is now coming back to haunt it and executives are on major damage control–and already working on a solution to remove the software, having already halted it from being installed on new computers.

You would think that a company that already has to deal with conspiracy theories which suggest a Chinese computer manufacturer can’t be trusted, and is likely spying on us, would know better. While hindsight is 20/20, Lenovo has at least identified that this bone-headed decision has left a huge question mark over its reputation.

Lenovo’s chief technology officer, Peter Hortensius, acknowledged that “our reputation is everything and our products are ultimately how we have our reputation.”

The lesson here? Don’t make a decision that will make a quick buck at the expense of your long-term reputation.