How to close a business and still save your reputation

How to close a business and still save your reputation 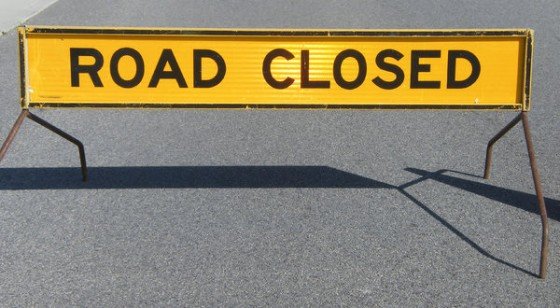 It’s been a rough month for start-ups. One went dark with no notice, leaving hundreds of workers and clients wondering what to do next. Another shut down distribution in a major city after admitting they’d grown too fast. Even the former king of referrals, StumbleUpon took a financial hit that led to layoffs and rumors.

Downsizing is never easy. Closing the doors on a business is even harder but it’s happening more and more.  Start-ups make the news when they land millions in funding, then make the news again when the money is all gone. Why it’s happening is a story for another time and place. Our concern is how we deal with the fall-out.

Let’s face it, there’s no good way to cut jobs or close a business. Workers and clients are going to be angry and they’re going to vent in public. When the news is handed down, it doesn’t matter why or whose fault, each affected person takes it as a personal assault. For some, it’s a 48-hour disruption while the client or customer regroups and finds a new way to get the same result. For employees it can mean not having the money to cover the rent. Even if you do all you can do to soften the blow, emotions are going to run hot for the first few days after an announcement.

It’s what happens next that makes all the difference.

When you realize your company is in trouble, it’s only human to close your eyes and hope for the best. Start-ups always have lean times but they get through it. Money visualization and mantras might help and there are still a couple of funding options on the table. . .

So you continue doing business as usual, hiring more workers so you can take on more clients which just leads to a faster burn rate.

Stop. Stop hiring. Stop taking on new clients. Don’t take a down payment on a full year contract when you know you only have funds for the next two months.

Once you’ve reached the point of no return and it’s in the news, it’s time to step up with public, transparent apology. This is not the time for a blow-by-blow. Write a clear and concise timeline of events and resist the urge to lay blame. It doesn’t matter who made a wrong decision, it was made and the company as a whole has to take responsibility for that. Have a lawyer look over your statement then post it online and email it to your workers and clients.

Show them the money:

If the press covered the 7 million dollars your company took in from investors in April, you have to explain where that money went. People in the start-up world understand how easy it is to burn through those initial investments but to the average Joe, that’s more money than they’ll see in a lifetime and it won’t make sense. If you want the public on your side, you have to show them that the money was spent as wisely as possible given the facts at the time. Moving into a new city that wasn’t as lucrative as you’d hoped is a mistake; spending the cash on a private jet is problem. If you don’t show people your mistakes, they’re going assume you’re hiding a problem.

Make it as right as possible:

As quickly as possible, you must do whatever you can to help make it right. Don’t leave employees wondering about their final paychecks or healthcare benefits. If you don’t have all the answers right now, tell them when you will have answers. Getting employees paid is the most important item on the post-crisis To Do list.

Next, help clients and customers find alternative resources. Pick up the phone and call your competitors. Most will be happy to step in and they might be interested in buying your equipment and inventory. A quick sale of assets (if you’re in a position to legally sell) will help you settle your financial obligations.

Once you’ve made your public statement, stop talking and let the press and the people speculate, skewer and rail. Trying to defend yourself on social media or by giving interviews will only aggravate the situation. No matter how right you are, there are people who thrive on attacking those in crisis. Don’t give them an opening. Let them say what they want. Delete your social apps from your phone and don’t go back until a friend gives you the all clear.

It’s cliche but true; “this too shall pass”. Unless you broke the law, the news media will move on in a couple of weeks and within a year you’ll have an opportunity to start over again.

When the time comes, and you’re ready to take a new job or start another company, you’ll be glad that you worked to salvage your own reputation during that time of crisis.

“The reputation of a thousand years may be determined by the conduct of one hour.” ~Japanese Proverb