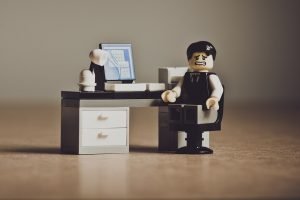 There was a time when working for an airline seemed adventurous and glamorous. Now, it’s tantamount to working in the 9th circle of hell. CEO of a Silicon Valley startup? Might sound better to say you’re unemployed.

No doubt about it, it’s been a rough year for several major industries including casual restaurants, the automotive industry and retail chain stores.

So what happens to your reputation if your company is part of an industry that’s sporting a black eye? Can you stand on your own unblemished record? Probably not.

The truth is, even though it’s only a handful of troubled companies that make the news, consumers have a tendency to hold widespread grudges. It’s particularly tricky in industries with only a few big names such as airlines and banks. When it came out that Wells Fargo was creating fraudulent accounts, everyone started looking a little closer at their bank statement. Those bad burritos at Chipotle, didn’t just affect the other restaurants in the chain, it made diners leery of eating at any restaurant serving similar food.

Want to avoid getting a black eye by proxy? There are a few things you can do.

1. Stand out from the crowd

You’re less likely to be lumped in with your troubled cohorts if you appear to be something completely different. Traditional airlines are in trouble because the public thinks they’re putting profit before passengers. Imagine an airline that purposely carried fewer passengers per trip in order to provide a more comfortable experience. Imagine an airline that offered first class service at economy prices. Not only would those companies be standouts in their industry, they’d be the ones consumers would point to as examples when the traditional airline gives away another baby’s seat or drags another passenger off a plane.

When your main competitor takes a hit, it can be tempting to call them out on social media. “XYZ screwed up? Come over to our place and we’ll take care of you!” Don’t do it. It only makes you look petty and vindictive. You can also be seen as putting down customers who were loyal to the competition. That’s no way to swing them over to your side.

3. Step up before you’re called

Though you don’t want to take advantage of another company’s misfortune, you do want to step up and help make things right for the industry as a whole when you can. For example, an airline that goes out of its way to aid passengers stranded by the competition or hire workers displaced by a hostile takeover.

It’s also good to be part of the plan to prevent such a thing from happening again. Form an industry investigative committee or invest in an industry wide safety or training program.

The most important factor in dealing with any kind of industry crisis is communication. When your industry takes a hit, call a meeting to talk with your staff. If it’s a large company, give every manager or department head the data they need to talk to their staff.

Talk about how the incident might impact your business. This is also a good time to make sure your company isn’t hiding a similar problem. Newsworthy failures such as the VW emissions scandal and the Wells Fargo incident don’t happen over night. They happen because of a series of bad choices and wrong turns which were most-likely triggered by financial, time and other pressures.

Give employees the tools they need to report issues with impunity. Make a few surprise visits and dig a little deeper into the people and processes. If you see the early warning sides, you can fix it before it turns into a public #PRFail.

When a big company takes a hit, it’s bad for the entire industry. Your company may not be part of the problem but, if you want to protect your reputation, you must be part of the solution.