Is a website responsible for user comments? A European court says yes

Is a website responsible for user comments? A European court says yes 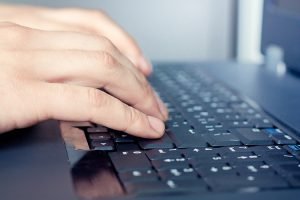 The European Court of Human Rights handed down a ruling this week that is making every blog owner and online news site just a little bit nervous. In an unprecedented action, the court ruled that Delfi, a large, Estonian news site, was legally responsible for reader comments left on a specific news story they posted back in 2006.

The subject of said post was a ferry company who had made some business decisions that didn’t sit well with the people in the community. Many people left “highly offensive or threatening posts about the ferry operator and its owner”. These comments weren’t moderated so anyone saw the article, also saw the unkind words.

The ferry company asked Delfi to remove the comments and they did. . . but it took six weeks and the ferry company took a public beating. They sued and won. 5,000 krooons which is equal to about $362 American dollars. Sounds like Delfi got off cheap but the fine wasn’t the problem. The problem was the precedent – that an unhappy subject could sue based not on the article but on unmoderated comments by anonymous people.

Delfi appealed the ruling saying it was a violation of Article 10: Freedom of Expression. And on the surface, it seems like that would be true, but the European court didn’t agree.

In their ruling, which you can read here, the court says there were three facts that took a bite out of Delfi’s freedom of expression claims. One was the court’s belief that the comments were a form of “hate speech” and “speech inciting violence”, neither of which is covered by freedom of expression.

This concept is often expressed using the idea of yelling “fire” in a crowded theater. Someone who does that (when there is no fire) is liable for the injuries that happen when the crowd makes a mad dash for safety.

The second issue boils down to “they should have known better”. The court said that Delfi, as a large and prominent news venue, must be held to a higher standard. Earlier that year, the Estonian Minister of Justice called out Delfi as a “source of brutal and arrogant mockery”. He said that victims could sue Delfi for damages and so they shouldn’t have been surprised when someone did.

Finally, the court didn’t like that Delfi took their sweet time before removing the offending comments after being asked to do so by the ferry company. The court even goes so far as to say that Delfi, “a professional publisher running an Internet news portal for an economic purpose” should have expected trouble and pro-actively removed the comments.

Though this all feels like a big deal for web publishers around the world, the Grand Chamber says their ruling has had little affect. They say the fine was not excessive, the website’s popularity is up and more people are leaving comments than ever before. All of which sounds a little sarcastic, but I’m sure the court was just trying to keep the record straight.

So what are we to make of all of this? First off, the sky isn’t falling. Despite the headlines, this was not a harsh blow to all internet content providers. On the contrary, it’s a good (and cheap) lesson in comment cleanup.  A foul-mouthed tirade in the comment section ruins it for everyone. If you don’t pre-moderate, then make sure someone is reviewing comments on a daily basis.

This goes for Facebook, YouTube and other social media channels. Leave a controversial comment on your site and some will think you left it because you agree.

Bottom line is, you may not be legally responsible for the comments left on your site and social media channels, but you are responsible for the overall tone and comfort level of your guests.  Don’t let the unruly few ruin your reputation. Moderation in moderation will save you in the end.