A customer posts a one-star review on Yelp and suddenly your business drops off. You could battle back with stellar service that leads to a balance of good reviews, or you could sue Yelp for the damage to your business. 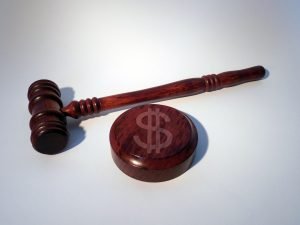 If you think that second option is better than the first, keep reading. Douglas Kimzey, a locksmith in Washington, was very unhappy about the 1-star rating he found on his Yelp page back in 2011. The first thing he did was dispute the review, saying that the woman attached it to the wrong company. When she verified the validity with Yelp, he then suggested that she was working for a competitor. Yelp investigated and again it was a no go.

With no other option (aside from providing better customer service to counteract the one negative post), Kimzey decided to sue Yelp. Eventually, the lawsuit made it all the way to The 9th U.S. Circuit Court of Appeals where Kimzey – acting as his own lawyer – tried some tricky moves to get around the Communications Decency Act (aka CDA).

Section 230 of the act states: “No provider or user of an interactive computer service shall be treated as the publisher or speaker of any information provided by another information content provider” And if you’re not the publisher, you can’t be held liable for what people say on your service.

If Kimzey could prove that Yelp is actually a content creator, not just a publisher, he could have a case. So he tried alleging that Yelp had imported the bad review from another website – thereby “creating” content. But that turned out not to be true.

He also alleged that the review was phony and malicious; written by a group of angry competitors who might or might not be associated with Yelp. Also not true.

Which left him with this creative end-run: “Yelp has developed and created” by “designing the star image and creating the color.” In other words, they designed the website, so they’re content creators not just publishers.

Not surprisingly, the judge didn’t agree with his assessment.

It is clear here, however, that neither of the allegedly creative actions taken by Yelp falls within our interpretation of the terms “creation” or “development” of information.  Even were we convinced that a one-star rating could be understood as defamatory —a premise we do not embrace. . . —the rating system does “absolutely nothing to enhance the defamatory sting of the message” beyond the words offered  by the user.

Which is legalese for people can read and they don’t need an actual star to tell them if a review is good or bad.

Kimzey’s last stand was based on the idea that Yelp uses reviews as advertisements on Google. This transforms the original content (which they weren’t liable for) from a review into an ad, which is content creation. Content creation = no longer protected by the CDA.

I hear that Mr. Kimzey is thinking of appealing the appeal. Here’s a thought. Instead of spending more money and time pursuing the case in court, use the money and time to improve your business practices, hire better employees and consult with a reputation expert who could help you put that 1-star review behind you once and for all.