Imagine taking a bite into a delicious piece of fried chicken, only to discover what appears to be a deep fried…rat!

That’s the claim being made by Devorise Dixon on Facebook: 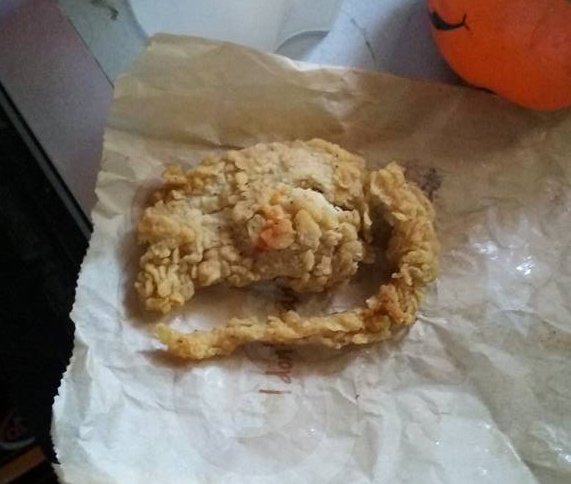 Taking a closer look at the picture, you see what appears to be white chicken meat below the breadcrumbs, but still, social media is like the Honey Badger…it don’t care!

KFC immediately issued their own statement:

“This happened in the US and, following an immediate investigation, no evidence was found to support this claim.

“Food safety is our highest priority worldwide and we take allegations of this nature extremely seriously.”

The only problem with that statement is that it’s too passive. No evidence was found to support his claim? If KFC does take this allegation extremely seriously, then it should immediately try to get its hands on this suspicious meat and cut the thing open!

In an age where even the smartest folks can be so easily fooled, a statement from KFC is no longer enough to protect it from reputation damage. We live in a time where you have to be proactive in stemming the flow of social media misinformation! 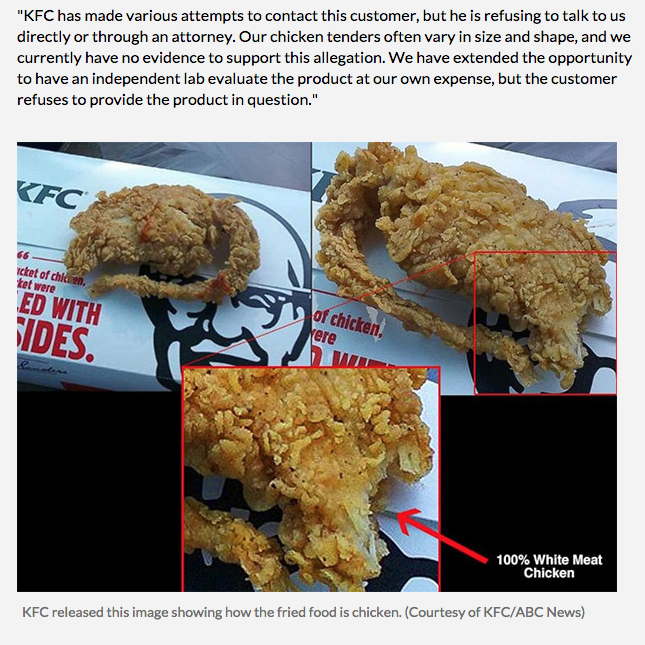