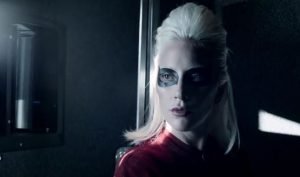 When it was announced that Lady Gaga would be performing a tribute to the late David Bowie on the Grammy Awards it seemed like a good idea. Bowie was a groundbreaker, known both for his music and his theatrical performances. The same can be said for Lady Gaga so again, a good fit. But instead of delivering a heart-felt, tribute to one of the legends of rock, Gaga and the Grammys turned it into a commercial for Intel.

In the ad that follows, Gaga says that she and Intel wanted to
“inspire the world, fusing music and technology in a performance unlike anything we’ve witnessed before.” They did that and in that way, they did Bowie proud. If he were starting over today, I’m sure he would have used many of the technological tricks Gaga used to wow the audience.

But when you’re paying tribute to a beloved entertainer, a moment of silence after the fact would have been more appropriate than a credit-grabbing commercial.

Instead of gaining a few reputation points for being a part of the tribute, Intel is taking the heat on social.

Then Bowie’s son chimed in with this mysterious Tweet that seems to be more about the entire performance not just the Intel tie-in.

"overexcited or irrational, typically as a result of infatuation or excessive enthusiasm; mentally confused." Damn it! What IS that word!?

In all fairness, it appears that Lady Gaga was planning to do an Intel-enhanced performance all along but switched it to a Bowie tribute at the last minute. That being the case, it’s easier to understand the poor timing and ad placement. Intel had paid for the ad time when it was a “regular” Gaga set (if there is such a thing). You can hardly blame them for not taking the loss and donating their commercial time in honor of a music legend. . . then again. . .

Imagine, if instead of running their ad, Intel had given that time over to an In Memoriam card. Even without directly acknowledging their part, the news would have “leaked” out anyway giving Intel the reputation boost they had hoped for.

There is no way to make money off the passing of a star while keeping your reputation in tact. A tribute should always be just a tribute without the added burdens of money, business and sponsorship.

What do you think? Was it inappropriate for Intel to turn the Bowie tribute into an ad or was it merely an unfortunate alignment in time and TV space?

Watch the performance and the ad: