Protect your trademark or your reputation: can you do both?

Protect your trademark or your reputation: can you do both? 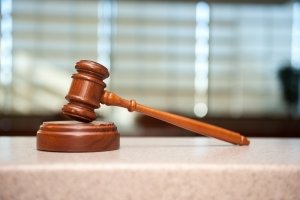 A slambook is a notebook with a question that is passed from student to student at school so each can fill in their own answer before passing it on to someone else. Sounds like a concept that would work well online if it wasn’t for one thing – if you try to trademark the name Slambook, you might run into trouble from another “book” – Facebook. (Slambook could be a real trademark, I am only using it here as an example.)

The Wall Street Journal recently published a story about how Facebook and other companies are aggressively protecting their own brand by legally barring new companies from using anything even similar. It’s easy to see where my example, Slambook could be confused with Facebook. They’re both social concepts that are based on a collection of responses from a variety of people. They both end in “book” so an uninformed web user might stumble on Slambook and think that it’s related to Facebook.

In the WSJ case, the company under fire is Designbook. The company was named after the notebooks engineering students use to document their projects but an uninformed person could think the company name was created to purposely ride on Facebook’s coat tails. But Designbook doesn’t have anything in common with the famous social network other than the shared surname. It’s all about helping start-ups find money through equity crowdfunding. Are people likely to confuse Designbook with Facebook? No.

On a side note, I’m surprised the Designbook is fighting so hard to keep their name since it doesn’t really speak to what they do. The name sounds more like a site that matches freelance designers with employers. Yet, the creator told the Wall Street Journal that his company was likely to spend “tens of thousands of dollars” to fight Facebook in court.

Even if Designbook is an old family name, is it worth the financial loss? I suppose there’s the right over might argument. Facebook has the might but Designbook is right. That’s little comfort to the employees who could lose their jobs if the company fails under the crushing weight of more lawsuits. (I’m just ‘what iffing’ here. I have no actual knowledge about Designbook’s financial situation.)

The irony of the situation is that by protecting their reputation in court, Faceook could be damaging their own public reputation. The average person isn’t going to see this article in the Wall Street Journal but if they go after a small mom and pop shop and the story goes viral, Facebook ends up looking like a bully. Not a good look for a company that’s all about friendly communication for all.

If you’re in the start-up stage, the best way to avoid becoming a legal target is to come up with a nonsense name for your company. Google. Babbo, Koofers, Hooli; you not only reduce your chances of having your trademark denied it also improves your chances of finding a short URL at a decent price.

If the situation is reversed, and you’re the company whose trademark is being infringed, think about all of the ramifications before you start a fight. You may have the legal right to stop a family business in Memphis from doing business under the same name but it might be worth more in goodwill if you look the other way.

The only time a fight is worth the potential bad press is when a company is purposely positioning itself to steal or confuse your customers. Or has accidentally stumbled upon a business model that conflicts with your future plans. That means Facebooklet: the mini social media network is fair game but Mr. Face’s Bookstore should be given a smile and a nod instead of a summons.

1 Comment for “Protect your trademark or your reputation: can you do both?”