32% of recruiters check a candidate’s social profile, most rejections are due to lying on their resume

32% of recruiters check a candidate’s social profile, most rejections are due to lying on their resume 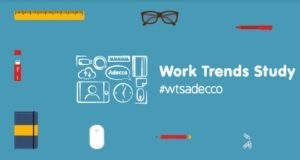 To create the 2015 Adecco Work Trends Study, Adecco surveyed more than 31,000 job seekers and more than 4,000 recruiters in 26 countries.

35% of job seekers said they use social media networks to contract potential employers. The most widely used network was LinkedIn with seekers using it to send their resume, network with others in the industry, search for open positions and apply for work.

Once a company shows some interest, the job seekers leave LinkedIn and head to Facebook to see what others are saying about the company, the recruiter or their would-be boss.

On the other side, 32% of recruiters said they ask candidates about their social media presence and that number rises to 42% for Asian companies. Eastern European companies are also more interested in a candidates social media history with America coming in 3rd on the “social media concerned” scale.

28% of recruiters said they had rejected candidates due to something they found on social. You might think inappropriate photos would be reason number one, but it’s actually evidence of lying on their resume that got 54% removed from the short list.

Unfortunately, Adecco didn’t ask job seekers if they’d ever turned down a job based on a company’s poor reputation. They do say that 72% of job seekers use Google to find out more about a company with only 10% turning to sites that rate companies such as Glassdoor. Even fewer (a meager 1.7%) admitted to ever writing an online company review.

The takeaway for companies; if you’re interested in hiring the very best employees in your field, make sure your current and former employees have only nice things to say about you online.

Share the post "32% of recruiters check a candidate’s social profile, most rejections are due to lying on their resume"