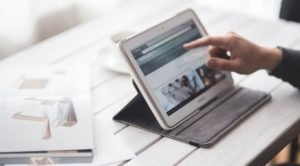 When a person or company is suspected of violating the law, law enforcement agents and lawyers head straight for the major social media networks in hopes of finding a few damaging posts. Thanks to our human desire to broadcast our every move, Twitter and Facebook updates have been used to break alibis, reveal lies and document a history of bad behavior.

In the first six months of 2012, there were 320 published cases where social media played a significant role in the case.

“.. trial counsel asked repeated questions about MB’s living situation, and he impeached her with comments she made on her MySpace page, which … In determining whether the evidence is legally sufficient to support a conviction, a reviewing court must consider all of the …”

“… Third, the trustee believed Ms. Mangum held unscheduled, unencumbered real property at Carolina Beach after viewing her Facebook page, which stated one of her favorite activities was spending time at her … The trustee also requests the court to order all credit reporting …”

The notations go on and on and that’s back in 2012. Just imagine how many lawyers are building their case with social media evidence these days.

Knowing what lies ahead, a lawyer might tell his client to protect himself by removing damaging posts from his social accounts – but is that legal? Is that ethical? Yes and no.

The Florida Bar’s Professional Ethics Committee recently passed a ruling that said it was okay for a lawyer to suggest that his client change privacy settings or remove posts from social media accounts before heading to court. Here’s the tricky part, this can only be done if “such action does not violate substantive rules or laws and the data is preserved.”

This is where it gets muddy. The law says a lawyer can’t knowingly destroy or ask his client to destroy evidence. So if there’s a picture of a person skiing two days after the person claims to have been seriously injured in a car accident, that’s evidence. If a person posted threats against his boss on his Facebook page, then was later arrested for beating up his boss — that’s evidence.

If a client has a history of posting drunken party pictures on Instagram and is now in court on a DUI – is that evidence? Not unless the dates coincide, but such images could be harmful and embarrassing if brought out in court.

The Florida Bar said that deciding what is relevant and what’s not is a legal question that would have to be decided by the courts on a case-by-case basis. Florida does agree with the committees in several other states when it says that data must be preserved. So, it’s okay to delete posts, as long as the lawyer keeps a screenshot of the page, just in case it turns out to be relevant.

I’m not a lawyer but what I make of this is that it’s okay and advisable to lock up your social media accounts if you’re headed to court. In many cases, though, this action will just make it tougher for the other side to find our your secrets, but not impossible. We’re a nation of sharers. Shutting down your own account won’t prevent law enforcement from finding your photos on your friend’s Facebook page, or screenshots of your Tweets from turning up on a co-workers hard drive. Remember those 320 cases in 2012? One included a request to hand over not just the Facebook images posted by the defendant but also any images where the defendant was tagged by others. There’s no deleting those before the court sees them.

The only way to completely protect yourself is not to put that stuff out there in the first place, but in 2015, that’s not really an option. If you’re in business, people expect to see you on social. If you’re not out there posting about your latest offering or fun vacation, people will assume you have something to hide. And that could be an even bigger blow to your reputation.

We all know that wild party pics and angry, public outbursts will always come back to haunt you at the worst possible time. So if you’re posting those kinds of things, you deserve what you get. However, there are plenty of times we post something that is innocent at the time but in retrospect could get us or someone else in trouble. Those are the posts lawyers have a duty and a right to protect.

If you or your company landed in court tomorrow, are there any posts on your personal accounts you wouldn’t want a jury to see?