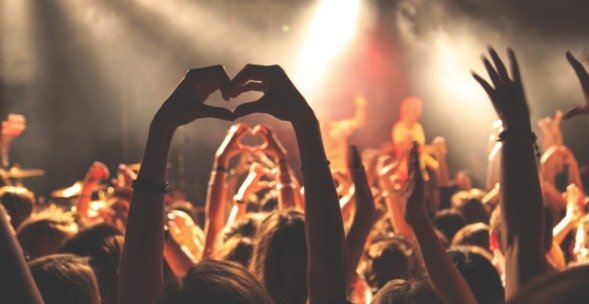 George created the Hippie Dippy Poetry app as part of his final exam for his university coding class. It was a silly idea that miraculously caught on with a small, but loyal group of users. A few hundred creative folks used the app every day to write and share MadLib style poems about peace, love and flowers.

Eight months later, two thousand people were using the app and suddenly everyone from Mashable to the Miami Herald wanted to interview George about his fun, new app. For the first time, George let himself think about the app’s money-making potential and that led him to seek out funding from Silicon Valley angel investors.

Meanwhile, Hippie Dippy’s original community members were chatting the app up on social media and they were arranging real life meet-ups. One member even used a Hippie Dippy Poem to propose to a woman he met through the app. The HDP’s were no longer just a bunch of beta testers, they were a family.

Then an investor with a very big check told George that he needed to make a few changes if he wanted that check to change hands. With visions of Snapchat dancing in his head, George agreed and began making changes right away. Suddenly, the friend feed was gone and paid upgrades appeared and you could no longer share your poems privately – everything became public which was very embarrassing for Father Murphy.

New people began signing on to the app every day. They didn’t know about the old days so there were no complaints but the loyal beta testers fought back. They publicly bashed the app and wrote nasty Hippie Dippy Poems about George and his new friends.

“We’re the ones that made you what you are today. We stood by you at the beginning when things were rough and this is how you treat us!?”

Then, instead of reveling in pages of positive press, George was forced to battle back in order to protect his reputation and the reputation of the app.

“The changes are a good thing,” he said over and over. But no one believed him. One by one, the loyal community members deleted their accounts and eventually the married couple started their own app for the Hippie Dippy disenfranchised. So sad. So sad.

The story you have just read is true. The names have been changed to protect me. But believe me when I tell you, this happens all the time and not just to app developers. It happens to restaurant chains, rock groups and manufacturers of trendy items. The early adopters fall in love, spread the word then get tossed aside when the company grows to accommodate a new audience.

Remember Get Glue? The TV check-in app was known for its quirky sticker reward program then tried to convince users that it was just as good without the stickers. The functionality was removed in Nov 2013 and the company folded in December 2014.

Change almost always accompanies growth but companies need to be wary about shifts that upset the original users. These loyalists have the power and the passion to ruin you and your new members won’t defend you in a public fight.

You can’t stagnate just to keep the originals happy but you can take steps to reward and pre-pacify the masses before shaking up their world.

The first thing you should do is create an inner circle for your best customers. Ask them what they love and what could be better about your business. Walk them through the changes you’re considering and elicit their help with acclimating others to the changes. When people feel like they’re a part of the action, they’re less likely to complain and more likely to defend you on social media.

With the influencers on your side, you can start making changes but be prepared to roll back on any ideas that go sour. There’s a reason The Rolling Stones opened their 2015 concert tour with “Jumpin’ Jack Flash” and not a song they wrote last week.

If you want satisfaction, you must consider the needs of your loyal fans with every step you take.