Does your company have a Social Media Policy? Chipotle just learned its is unlawful.

Does your company have a Social Media Policy? Chipotle just learned its is unlawful. 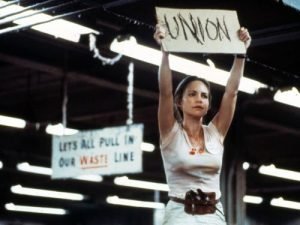 You’re filling out your new hire paperwork and come across a document labeled Corporate Social Media Policy. All it takes is a quick read in order to get the gist. By signing, you promise that you won’t post any disparaging comments about your new employer on Twitter or Facebook. You won’t use the company logo on your social accounts and you won’t disclose any confidential company information on social.

When you’re not on company time, you can feel free to talk about anything else that you want on social – but always be courteous and not too opinionated because people who see your posts will figure out that you work for us and your bad behavior will affect our company reputation.

Hmm. . . now this is starting to sound a little oppressive. Can your employer stop you from saying what you want on social? Yes and no, no, and mostly no.

The National Labor Relations Board just came down hard on Chipotle (who has to be having one of the worst years ever) in a case involving employee Tweets and the company’s social media policy. To be clear, the employee was fired after a series of incidents, only one of which involved social media. For the purpose of this discussion, we’re only going to talk about the NLR Board rulings in regard to social.

If you want to read the entire proceeding, you’ll find a copy on their website.

Chipotle’s social media team is solely responsible for the company’s social media activity. You may not speak or write on Chipotle’s behalf. Social media is also a quick way for you to connect with friends and share information and personal opinions. If you aren’t careful and don’t use your head, your online activity can also damage Chipotle or spread incomplete, confidential, or inaccurate information. To avoid this, our Social Media Code of Conduct applies to you. Chipotle will take all steps to stop unlawful and unethical acts and behavior and may take disciplinary action, up to and including termination, against you if you violate this code or any other company policy, including Chipotle’s Code of Conduct.

You may not make disparaging, false, misleading, harassing or discriminatory statements about or relating to Chipotle, our employees, suppliers, customers, competition, or investors. You alone are personally responsible for your online activity.

The NLR Board says that this policy, as written, is unlawful and cannot be enforced. Why? Because employees might assume that it’s forbidden to talk about “confidential”  topics such as wages and benefits, both of which are protected by the Labor Board. And if you’re complaining about unfair working conditions, that would be “disparaging” but again it’s under the board’s protection.

Using this same logic, you can’t stop employees from using your logo in protest on a social media image, so that rules out language that forbids them from using it at all. Again, protected.

Chipotle tried to cover their bases by adding a disclaimer to the social media policy:

This code does not restrict any activity that is protected or restricted by the National Labor Relations Act, whistleblower laws, or other privacy rights.

The National Labor Board said, nope. That line of text won’t save you. The board “suggested” that Chipotle overhaul their social media policy using more specific language and examples to avoid further confusion.

A large part of the case against Chipotle, was their response to a series of uncomplimentary Tweets by an employee.

Tweets like: “Nothing is free, only cheap #labor.  Crew members make $8.50hr how much is that steak bowl really?” (Written in response to a customer’s happy Tweet about free food at Chipotle.)

The store manager asked the employee to remove all of his disparaging Tweets, then handed him a copy of the social media policy. The employee – who likely assumed his job was on the line if he didn’t comply – deleted the Tweets.

When the case went to court, the original Administrative Law Judge said Chipotle had no right to demand the deletion because the Tweets were a “concerted” act and thereby protected. A “concerted” act is when one person acts on behalf of a group for the benefit of that group. For example, Norma Rae climbs up on the factory table and holds up a sign saying employees are legally entitled to a longer lunch break.  She’s not just standing up for herself, she’s trying to improve conditions for everyone.

Though Chipotle originally lost on this count, it was later overturned by the Labor Review Board. The Board decided that the Tweets were not in the best interest of all the workers, they were just the disgruntled complaints of a single person. Not “concerted”. Not protected. A small win for Chipotle because they lost on every other count, but a big win for corporate America. If it had gone the other way, it would be impossible to stop any employee from posting any complaints in public.

In the end, the Labor Relations Board ordered Chipotle to rewrite their social media policy to comply with all of the Board suggestions. They’re also required to post a mea culpa notice at every location with line items for everything they did wrong and how they’re going to fix it. Rough.

What we learned from this case is that it’s getting harder and harder to keep control of your company’s reputation, especially where social media is involved. You can set all the ground rules you want, but any overt action that even seems like you’re trying to silence a worker isn’t going to end well.

Unless an employee is spreading lies or leaking confidential information for the express purpose of injuring you or your company, you’re better off leaving it alone.  A Tweet falls off the radar in a few minutes and very few people will ever see that Facebook post. But if your case that ends up in front of the Labor Board, the social response won’t be quite so fleeting.