People talk themselves into trouble all the time, both verbally and on social media. This week, it wasn’t the words, but the images that spelled trouble for two well-known brands.

The first image came from, Elisabeth von Thurn und Taxis, a real German princess who is billed as a style Editor-at-Large for Vogue Magazine. Ms Thurn und Taxis was in France for Paris Fashion Week when she noted something rather unusual; a homeless woman reading an old copy of Vogue. She snapped a photo and posted it to Instagram with the caption “Paris is full of surprises. . . and @voguemagazine readers even in unexpected corners.” 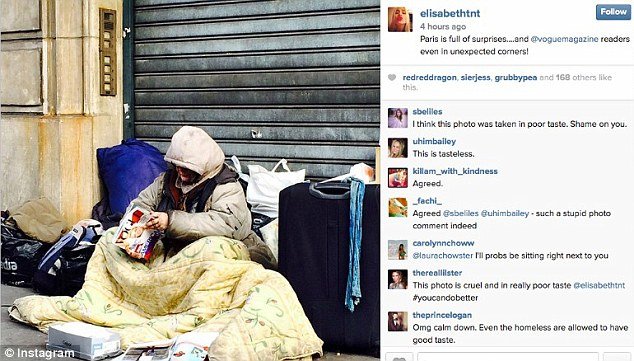 If the photo had been taken and posted by a journalist from Time Magazine, the world might have appreciated the irony. What the social media critics didn’t appreciate was what seemed like a flippant comment from a rich and entitled woman.

At first, the princess defended her actions saying that she didn’t see the image as being cruel at all. She did apologize later on, probably in response to a request from Vogue or PR people in her own camp. It’s clear that she didn’t post the image to be mean, but it still cast a dark shadow over the high-end magazine.

Takeaway: remind your employees that what they post on their personal social media channels can have an affect on the company’s reputation. This is particularly true for upper-level management or employees who regularly deal with the public.

The second story comes from a Joe’s Crab Shack in Minnesota. Chauntyll Allen and Tyrone Williams were escorted to a table which had photos embedded in the top as part of the decor. One image showed a large crowd gathered around a man who was about to be hanged. Someone had drawn on a cartoon bubble with the words “All I said was that I didn’t like the gumbo.”

The photo had a caption with a place and a date, so the couple Googled it for more information. Incredibly, they found that the photo was from an actual historical event — the execution of an African American man accused of murder in 1894.

Upset by the image, the couple left the restaurant and their experience became local, then national news. The restaurant removed the table and  the franchise apologized. But we all have to ask how such a gruesome photo became part of the decor in the first place? Did it end up only in this one location or are there more out there?

As in the first case, you can see that the intention was not to offend. Joe’s Crab Shack decorator thought it was funny. There are hundreds of examples of vintage photos of horrible events used as the punchline of a joke. 1,517 people died when the Titanic hit an iceberg but we’re okay with jokes like these: 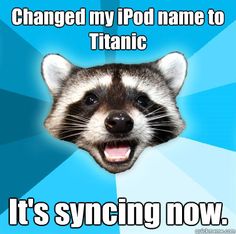 Takeaway: What’s funny to you, could offend a customer who is older, or younger, or of a different race or religion. People call it being “politically correct” but “politically” has nothing to do with it. This is about making experiences comfortable for everyone, because in 2016, your customers aren’t just the folks from the neighborhood, they’re folks from every corner of the world.

In both cases, the offending party couldn’t see how, what they saw as a fascinating image, could upset people who come from a different place and have different perspective.