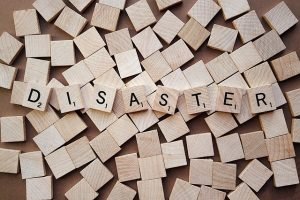 On the TV series Designated Survivor, President Tom Kirkman is known as a man of the people. His entire reputation is based on the fact that he truly understands the working man and his issues. So it really hurt when a close friend of the President’s went on national television to say that, in a private conversation, Kirkman called the American people ‘suckers’.

Suckers? Certainly not the worst word a person could utter, but when your reputation is based on honesty and transparency, it’s a very low blow.

The fictional President’s fictional advisors advised him to immediately issue a statement saying that the Senator’s account was completely untrue. One problem; it was true. Kirkman did call the American people suckers but it was a sarcastic retort uttered out of frustration when his old friend the Senator refused to sign off on a pension bailout bill.

Rather than compound the situation with a lie, Kirkman decided to ignore the jab. Surely the news had better stories to cover. But no; by morning “Suckergate” was trending on social media as every news outlet added their two cents to the story.

Kirkman was annoyed but not worried; it’s just words on paper, people will get over it. But no – again. Soon, everyone associated with Kirkman’s administration began stepping back, rather than risk getting pulled down by the rising tide. One Senator even used the bad press as an excuse to strike all of Kirkman’s Supreme Court nominees because those people were “toxic”, too.

Desperate for a solution to the growing reputation nightmare; Kirkman’s team digs up dirt on the Senator who started the fracas. The President can use this information to retaliate, giving the press an even bigger (and juicier) story to chase. Again, Kirkman refuses to compromise his morals even at the risk of losing everything he’s worked for since taking office.

So how did Kirkman save his reputation? He went on TV and admitted that it was all true. He did call the American people suckers for believing that the American dream was still a possibility in 2017. And then he added his own name to the suckers list – because he believes in a better tomorrow, too.

Cliché and a bit cutesy, but there’s a lesson to be learned from the story.

Kirkman did the two things all leaders should do when a slip of the tongue turns into a Twitter hashtag;

It’s tempting to try and correct an error by saying it never happened – or in Kirkman’s case – that your remarks were taken out of context. But the more you try to wiggle out from under, the more people will turn against you. It’s painful, but admitting you have a problem is the first step in the recovery process.

Even if others were involved in the problem, it never helps to publicly blame another person. And if you think writing a large check to charity will get you out of hot water, think again. The American people aren’t suckers when it comes to obvious acts of gratuitous giving. By all means, give to charity, but do it after you’ve made amends and you’re back in the public’s good graces.

You know what’s even better than facing the truth and making amends? Not crossing the line in the first place. We all need to choose our words more carefully.  “It was a personal conversation” or “it was just a joke” doesn’t cut it, anymore. People need to know that you’re as honest and respectful in private as you are in public.

One word really can change everything. Don’t let a slip of the tongue destroy the reputation you’ve worked so hard to build.