Which Super Bowl ads were a touchdown & which fumbled?

Which Super Bowl ads were a touchdown & which fumbled? 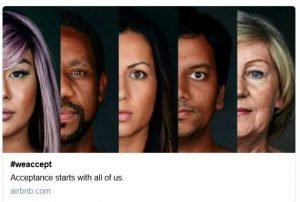 Super Bowl ads have always had the power to make us laugh, cry and think. This year’s new crop of commercials did that and then some.

The majority of ad buyers stuck to the tried and true, offering up star-studded ads with a swift punchline or a fast thrill. Tide saved Terry Bradshaw from an embarrassing stain. Mr. Clean turned into super sexy Mr. Right and Netflix sent fans into fits with a teaser for the new season of Stranger Things.

A few companies took advantage of the “eyes of the world” moment to make a political, or more specifically, patriotic statement. One company even made a statement without meaning to, which isn’t surprising given the current state of world affairs.

Coca Cola brought a tear to the eye, while saving themselves loads of cash, when they ran an old ad that was particularly fitting. The ad features images of people from all around the US while singers croon America the Beautiful in a several different languages. The tag line: Together is Beautiful resonated with viewers who applauded the ad on social media.

Airbnb delivered a similar message but with a heavier hand. “We Accept” was accepted by the social media denizens though the message was nearly over shadowed by images of Lady Gaga’s $10,000 a night Airbnb Super Bowl rental.

If you think Airbnb was outspoken, check out the ad by newbie 84 Lumber. Their “anti-wall” ad was so controversial, the network refused to air it. Instead, the company aired a cut down version on TV and ran the full version on their website. The controversy drove so much traffic to their site, it crashed. That’s the power of buzz.

The company that got hit with the most backlash was the company who said they never meant to make a statement in the first place. Budweiser ran a charming ad about one of the company’s founders who overcame adversity as a German immigrant trying to make it in America in the 1800’s. Incredibly, this ad – one of the most innocuous of the bunch – pushed Twitter users to jump on the #boycottbudweiser bandwagon.  So odd.

Now, let’s forget the social media magpies for a moment and let’s talk about the average consumer who keeps his thoughts to himself. Are more people rushing out to rent an Airbnb after seeing that ad or switch from Pepsi to Coca Cola? More people are probably buying building supplies from 84 Lumber simply because they never heard of them prior to Sunday’s game. But is this really how you want to introduce yourself to the world. Yes, we like companies to stand for something. We appreciate it when they’re socially conscious, but there’s another side. What about all of those people who simply wanted to enjoy a football game as a way of escaping from the world? How are they going to feel the next time they pop open a Budweiser or a Coke? Glad to support a company who takes a stand, or guilty because they put enjoyment in front of civic duty?

And what about the company’s that chose to use their moment to make you laugh? Is giving up avocados because Avocado’s From Mexico avoided making an obvious political statement in favor of cheap laugh?

The real irony, is that the ads that took the biggest chances didn’t end up with the biggest returns. According to the USA Today AdMeter, 84 Lumber scored a 5.49 out of 10 landing 29th on the list of 66 ads. Airbnb came in 16th and Budweiser was 4th. Which commercial resonated most with viewers? Melissa McCarthy saves the world with help from her Kia. To be fair, even though the commercial is slapstick and silly, it is all about doing what we can to save the planet.

I guess Kia proves that you can protect your reputation and deliver a meaningful message at the Super Bowl, as long as you do it with a sense of humor.

There is no right or wrong here. What works for one company might be disastrous for another. What’s important is making the decision for the right reason. If your company is truly interested in making a difference, even if it means alienating a segment of your customer base – then go for it 100%. But if your hoping that a statement piece will generate the buzz you need to make your quarter, do us all a favor and find an ad agency that specializes in humorous ads instead.