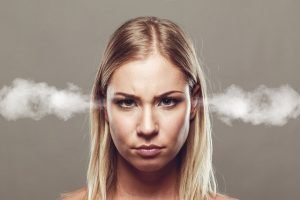 The times, they are a changing. Brand names and trademarks that were once amusing are now considered offensive by some and it’s affecting the hard-won reputations of some age old brands.

The most recent case involves the syrup we all grew up with: Aunt Jemima. You don’t need to see a picture to know what she looks like. But did you know that the name came from a blackface performer in a minstrel show and that the original model was a woman who had been born a slave?  But that’s not what we thought of when we poured syrup on our pancakes every morning.

For nearly 100 years, Aunt Jemima stood for old school, southern hospitality and home cooking.  Today, the image represents a moment in time that shouldn’t be celebrated or used to increase a company’s bottom line.  Entrepreneur B. Smith and her husband are pushing PepsiCo (the current owner of the brand) to “set Aunt Jemima free.” Not a small request when you’re talking about a brand that has become part of pop culture.

PepsiCo isn’t the only company facing a tough decision regarding classic brands that don’t suit modern times. A Navajo woman has spent the last 10 years trying to get the Washington Redskins to abandon their famous name. Just two years ago, Warner Brothers was “persuaded” to stop production of toys based on the car from the Dukes of Hazzard because the vehicle has a Confederate flag on the roof.

Up until this week, unhappy consumers had the law on their side. The Lanham Act prohibits the registration of trademarks “which may disparage … persons, living or dead, institutions, beliefs or national symbols, or bring them into contempt or disrepute.” This is the act The U.S. Patent and Trademark Office referred to when they told an Asian rock group that they couldn’t trademark the band’s name. The Slants said that they purposely chose the name to “help ‘reclaim’ the term and drain its denigrating force.”  In other words, they chose it because it was offensive, but not in a mean way. They fought the ruling and won.

This week, the Supreme Court ruled that banning disparaging trademarks was unconstitutional because “public expression may not be prohibited merely because the ideas are themselves offensive to some of their hearers.”

To clarify, the court said that the Lanham Act is too broad, in that it bans any trademark that is disparaging of others. For example, a trademark that puts down bullies such as “Bullies Are Bad”, would also be thrown out as it’s disparaging to bullies.

Though the ruling is likely to be challenged again and again, for now, the Supreme Court’s decision makes it easy for the Redskins and Aunt Jemima to keep their well-known brand names. . . . if they really want to. Though they may have the law on their side, they’ll still have the public against them. That’s not just consumers, that’s also investors and vendors and employees who no longer feel comfortable aligning themselves with an offensive brand.

Changing a 100 year old logo isn’t a decision any company should make lightly. It’s an expensive proposition in terms of packaging, signage, and advertising. Then there’s the potential loss of sales because consumers no longer recognize your product. Or, in the case of Warner Brothers and the General Lee, the product is no longer available for sale.

No one wants to put profits ahead of respect for their fellow man, but a CEO also has a responsibility to take care of his employees and investors. If a drastic change drives a company into bankruptcy, is it still the move they should make? On the other hand, bowing to public opinion could have a positive effect on a company’s brand, which in turn could result in even more profits.

What do you think? Should companies abandon beloved brands that no longer fit into the current zeitgeist? Or does nostalgia win over political correctness every time?