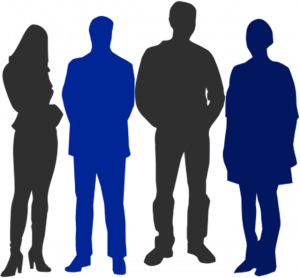 There’s a lot of talk about the gender gap, particularly in tech fields in regards to equal pay and opportunities. Now, a new study presented at the Academy of Management Conference,  shows that there’s another gender gap we didn’t know about and it’s directly affecting the reputation of leaders and the companies they work for.

A team of researchers asked 810 workers at a multinational software company to rate 236 company engineers. The data was collected during two periods of time over the course of a year to weed out any responses based on events happening at a given time.

Each worker was asked to rate their coworker on a scale of 1 (not so much) to 7 (very much) in these areas:

When the researchers were done adding up and analyzing, they found a distinct difference between the responses to the male engineers and the female engineers.

They found that males who were deemed to be competent, were also considered to be confident and influential. Social Attraction wasn’t a factor at all. In other words, a man could be nasty or cold and still be seen as competent and confident.

On the other hand, there was little to no relationship between competence in women and confidence unless you add a third quality into the mix – warmth.

Women who were competent but not well liked, scored low in the areas of confidence and influence.

Let’s go over that again with a direct quote from the study:

How does this affect the overall reputation of your company? If this survey is to be believed, then an unlikeable female CEO will be perceived as a weak link, even if she isn’t. That’s going to lead to a lack of trust by consumers and investors and the company’s reputation takes a hit.

Arrogant, angry male CEO? No problem, as long as he sounds like he knows what he’s doing.

It’s not fair, but according to these researchers, that’s how it is leaving women little choice but to play the game if they want to win all the marbles.

You can read their entire paper here: http://margaritamayo.com/files/2016/07/The-competence-confidence-gender-gap.pdf