You can have a 24-hour hot line, an online chat option, and a clear customer service email address and still people are going to post their complaints on Twitter. Some people just want to vent, while others see it as the quickest, most public way, to get a response – and when you’re on the go, that’s probably true.

Customer service phone lines and online chat options both require your attention for anywhere from 10 to 100 minutes. Tweeting only takes a few seconds. That’s probably why, in a recent survey, customers chose Twitter as the “least frustrating customer service channel”. (The phone won the “most frustrating” award with 32% of the vote.)

As a business owner, you most likely feel that the opposite is true, but if you can get over your social anxiety you might just find a pot of reputation gold at the end of that rainbow.

Keep in mind that the stats I’m about to quote come from a study that was commissioned by and reported on by Twitter, but that doesn’t mean they’re not valid.

The study initially focused on the airline industry which does seem to get more of its fair share of Twitter complaints. From there, they expanded their reach to include restaurants and telecom. 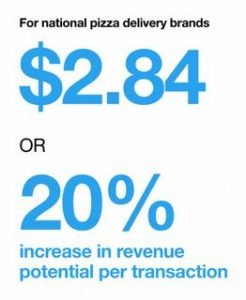 In all cases, the study found that customers tended to feel increasingly warm and fuzzy about any company who replied to their Tweets. They reported feelings of satisfaction and 30% said they were more likely to recommend the brand. Even more amazing, customers who received a reply to their Tweet said they’d be willing to spend more on an “average priced item” from that business in the future. On the low end, the study saw a 3% increase on airline tickets, but customers were willing to pay up to 20% more for a pizza.

More money is good, but think about what that means in terms of reputation. People don’t agree to pay more unless they trust your company and your product. Therefore, responding to customer service Tweets = increase in reputation points.

Here’s the tricky part: the longer you take to respond to a Tweet, the lower the bonus bump.

“In the telco industry, customers are willing to pay $17 more per month for a phone plan if they receive a reply within four minutes, but are only willing to pay only $3.52 more if they have to wait over 20 minutes.”

The best stat in the whole survey is this:

“69% of people who Tweeted negatively say they feel more favorable when a business replies to their concern. And among telco customers, conversations that started with a negative Tweet resulted in higher brand favorability as well as 3X higher willingness to pay for their monthly wireless plan, compared to those whose original Tweet was positive.”

Even if you don’t believe a word of Twitter’s own survey, here’s a fact you can believe. A single social media complaint can go viral in an instant. That doesn’t happen on the phone, on a chat or on email. That’s why it’s imperative that you monitor at least Twitter and Facebook for uncomplimentary brand mentions. When you find them, respond on script (you have a crisis communication plan, right?). Don’t let emotions or fatigue push you into responding with sarcasm or sass. If it’s a private matter, give the Tweeter a link for a one-on-one follow-up, otherwise, handle the complaint publicly so others can see that you’re on it.

Finally, don’t make promises you can’t keep. Sure, you want to look like a hero on social but anything less than a quick and satisfactory outcome will do more harm than the original negative Tweet.

Do you know what they’re saying about you on Twitter?