How Twitter’s reputation cost the company a Disney deal

How Twitter’s reputation cost the company a Disney deal 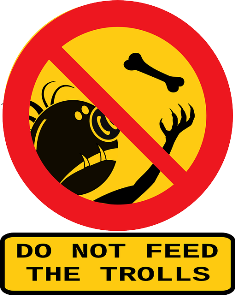 It may not seem like Disney and Twitter have much in common, but the leaders of the two companies have been working together for several years. Twitter co-founder and CEO Jack Dorsey is on the board at Disney and Disney Chief Executive Officer Bob Iger has been a mentor to the folks over at Twitter.

So when Twitter needed a buyer and a bailout, Disney seemed like a logical choice. After all, Disney was looking for away to connect with more customers over mobile and Twitter is great in both online customer service and creating entertainment buzz. But after weeks of whispered rumors and hopes, Disney closed the books on the potential deal. Why? A source told Bloomberg it was Twitter’s bad reputation that ended it all.

Walt Disney Co. decided not to pursue a bid for Twitter Inc. partly out of concern that bullying and other uncivil forms of communication on the social media site might soil the company’s wholesome family image, according to people familiar with management’s thinking.

Some of the problems stem from the fact that anyone can open as many anonymous accounts as they have email addresses. Early on, users praised Twitter for going this route while Facebook was making everyone post under their real names. There are plenty of reasons to want to hide your identity on social media and they’re not all vicious. By the same token, it’s not just anonymous users who are using the social network to harass and harangue. Just yesterday, I saw a group of easily identifiable Tweeters go after a popular author en masse because of one Tweet. The discussion was mostly civil but I imagine the author is still feeling the pain.

So here comes Disney, with its family-friendly face and happiest place on Earth mentality – how does Twitter fit into that? It doesn’t.

What’s sad, is that the folks of Twitter never saw this day coming. Did no one ever think about the consequences of their actions – or in-actions? Wasn’t there anyone who said, ‘we’re getting a bad reputation and that’s going to hurt us if we decide to sell the company?’

The articles that have been written do say that Twitter’s reputation was only part of the problem, but it’s the part that’s the toughest to fix. I doubt even Disney would be able to gain control of the trolls at this point. It’s all gone too far.

Just like your inventory, balance sheet and customer list, your company reputation can either be an asset or a liability. The time to get that straight is now, before you’re counting on an investor or buyer to save your business from going under.