No one is immune to the wreckage that a bad reputation can leave behind, not even major universities.  UC Davis found this out when they set out to repair their reputation after students were pepper sprayed during a student protest in 2011. 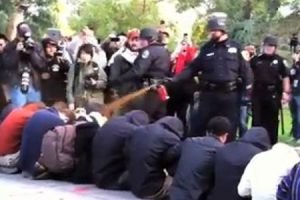 The school paid consultants around $175,000.00 to “scrub the Internet of negative online postings following the November 2011 pepper-spraying of students and to improve the reputations of both the university and Chancellor Linda P.B. Katehi” according to an article published by the Sacramento Bee.  Turns out, pepper spray is very difficult to wash away.  Especially when there is video of police officers using it on peaceful protestors.  Searches for “UC Davis Pepper Spray” return 175,000 results. Instead of reducing mentions of the incident, news of their attempt to remove the mentions has caused news results to skyrocket.  Probably not the results they were going for.

What could the university have done to better reign this all in?  For starters, probably not have it in writing that they wanted negative mentions removed from Google.  For a school whose motto is “Let there be light,” trying to remove darker parts of their history doesn’t shine favorably upon the institution.  Creating positive content to try and bury the negative mentions is always a good place to start.  They could also face the issue head on, and put together a policy on how peaceful protests are handled.  Optimizing for terms like “UC Davis Pepper Spray” so that users find out what the school is doing moving forward to prevent more incidents like this from happening in the future would garner a far more favorable reaction from people than trying to “scrub” all mentions from the Internet.

The Internet is a very large place with a long memory.  The likelihood of actually being able to remove the countless mentions, images, and video of the issue they’re trying to hide would be near impossible.  In attempting to do so, they’re not only out nearly two hundred thousand dollars, but they’ve managed to shine an even bigger spotlight on the issue than there had previously been.