Who is in control of your content? You or your users?

Who is in control of your content? You or your users? 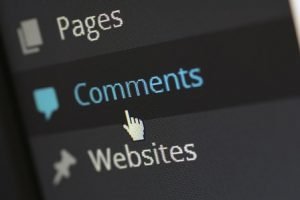 10,000 followers looks nice on paper, but the true measure of success is in the engagement numbers. Are people commenting, sharing, posting, responding? Are they uploading photos to your photo app or discussing the posts on your Facebook page?

Engagement leads to conversions and loyalty — two things every company wants to see in their online users. But there’s a downside. When you open up your pages to the public, you’re also opening them up to every person with an ax to grind, a position to preach and a so-not-funny sense of humor.

Whether you’re legally responsible for what happens inside your virtual walls is still up for debate. What’s not up for debate, is your responsibilities to your loyal users. They deserve an environment that is safe and free from foul language, threats, scams and bad behavior.

When you fail to monitor and control user-generated content, you risk driving away the bulk of your customers. Best case scenario, those users get annoyed and decide it’s not worth the effort. Worse case scenario, they see your lack of response as a sign of agreement and there goes your company’s hard-won reputation.

Like it or not, you’re the sheriff in this town and it’s up to you to keep the townsfolk in line. Before things get out of hand, you need to set the tolerance bar. That’s going to vary depending on the nature of your business. If you run a family-friendly business, you shouldn’t allow anything but family-friendly comments and photos on your Facebook page. If you run a podcast app specializing in hot button topics and news, you’ve got to expect some heated words and foul language.

Quick tip: Youtube and other services have language filters you can use upfront to prevent people from using certain words when commenting.

The more dependent your business is on user-generated content, the more important it is to be clear and upfront about what’s acceptable and what’s not. For example, the average Facebook page doesn’t need a pinned post with a reminder not to curse. Dealing with users on a case-by-case basis will do.

If you run a large Facebook Group, you’ll avoid a lot of drama if you post your rules in the Group description and / or a pinned post.

The same goes for apps that allow people to post public photos, videos, blogs or audio content. You can hope that people know better than to post illegal or inappropriate content but you’re better off stating that publicly. Better for your loyal users and better for you if the authorities get involved.

That sounds overly-dramatic, but after almost every major tragedy, the authorities find a trail of digital data that hinted at what was to come. A lot of this data only makes sense when viewed as a collection after the fact but sometimes the clues are right in front of us and we miss them because we can’t or don’t want to see them.

Someone in your company needs to review all user-generated content on a regular basis. At the very least, this needs to be a quick but regular skim to detect trouble spots. The one upside to an invested community is that they’ll let you know if one member is out of line. Look for threads or posts with an unusual amount of replies as well as an abnormal amount of private messages to your social media account or customer service email.

If a situation has blown up before you get there, take action quickly and publicly. Free speech does not apply on your company Facebook page. You want to allow people to express themselves, even offer negative opinions and constructive criticisms, but don’t hesitate to delete threats, inappropriate images, and personal attacks. Then, make it clear to everyone else that such behavior won’t be tolerated. This is your company’s reputation at stake, always err on the side of caution.

Dealing with trolls is daily life on the internet. When it goes beyond misguided passion and trolling, it’s time to call the authorities. If a community member threatens to hurt himself or others notify your local police or the police in their jurisdiction if you know where they live. If you’re keeping emotions in check on your public pages, this should be a rare instance and should be taken very seriously.

For an average company with a few social media accounts, monitoring and controlling user-generated content should be a part of your daily posting routine. If you keep a tight reign on what’s happening, it’s a 10 minute job.

If you run an app or site dedicated to user-generated content, you should consider hiring a full-time moderator. Think that’s an expense you can do without?

Imagine this — you spent three years developing and growing a video sharing app to the point where you have investors begging to hop on board. Then one angry soul starts posting racist videos every half hour; flooding your front page feed with nothing but violent, inappropriate messaging. You ignore it — freedom of speech, right? You’re not responsible for what he’s saying but by allowing it to continue, the rest of your users begin to wonder if your refusal to act means you agree.

Suddenly, your popular app is a haven for trolls who know they can get away with anything. Your original users get frustrated and leave and with them goes your potential investors and your reputation.

One user can sink a sturdy ship in under 24 hours but a sharp content moderator can save it in less than a half-hour a day.