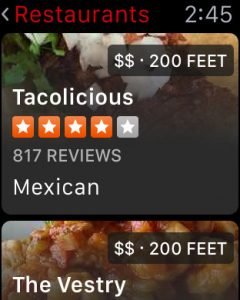 You’ve heard the stories; Yelp encourages phony reviews in order to bolster the businesses of good customers. Yelp extorts money from customers who want bad reviews removed. Yelp is covering up the fact that aliens landed in Grover’s Mill, NJ in the 1940’s.

A judge says not true; not true and well. . . the jury is still out on that last one.

Yelp’s most recent legal troubles hit even closer to home than usual. The company’s own shareholders filed a suit claiming that Yelp has been manipulating reviews to reward valuable advertisers and that they lied about the quality of reviews in order to inflate stock prices.

I don’t know what Yelp said to the shareholders, but there’s no doubt that Yelp reviews can make or break a small business. Just a few scathing comments can send customers straight to the competition while an equal number of glowing reviews can fill a restaurant overnight. There’s a lot on the line and that’s scary when the entire system depends on trust. We all have to trust that reviewers are telling the truth and that Yelp is doing all it can to keep the riffraff out.

According to Reuters, a judge in San Francisco believes Yelp has acted in the best interest of the shareholders, protecting the integrity of the site to a reasonable degree. Are there bogus reviews on the site? Probably, but Judge Jon Tigar says that’s to be expected.

He also said Yelp’s use of “community managers, scouts, and ambassadors” to supplement its automated screening “does not indicate that Yelp’s directors and officers knew that any significant number of reviews were not authentic or firsthand, beyond what defendants represented to the public.”

And one more thing. . . the 2,000 plus complaints against Yelp that the Wall Street Journal reported on last year? Only 11 were accusations of extortion. So either Yelp is running a really small racket, 1 ad sales manager got a little over zealous, or 11 people were frustrated and misunderstood the offer.

Looks like Yelp is the new Teflon Don. Lawsuit after lawsuit; complaint after complaint but nothing sticks. That sounds like good news but every one of these jabs erodes Yelp’s reputation a little bit more. In the past, that’s caused a drop in stock prices but it’s also causing a shift in consumer trust and that’s bad for Yelp, the shareholders, the business owners and the community. What good is a review site if you can’t trust the words on the page?

What can you do to help Yelp’s reputation along with your own? Here’s what Andy Beal has to say about it in his book Repped: 30 Days to a Better Online Reputation.

The time to influence a customer review is before that customer ever gets to the computer. If you’re not interacting with your customer before they’ve completed their transaction with you, then you’re playing Russian roulette with your ratings.

Instead, build in points of contact with your customer. I’ve stayed at a hotel that welcomed me with a note from the manager and his cell phone number in case of any issues with my stay. I’ve received a personalized thank you email from a CEO asking me to contact him if there’s a problem with my website hosting.

Find a way to connect with your customers directly and make a positive impression. That way, if your customers have a problem, they’ll reach out to you first, not the review app on their smart phone!